Introduction to Git In 16 Minutes

The Beginner’s guide to Git - Learn Git in 16 Minutes 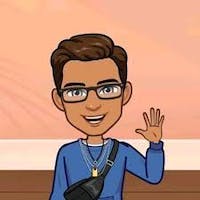 Subscribe to my newsletter and never miss my upcoming articles

Hi everyone in this article we're going to be talking about Git an extremely useful tool , That happens to be a tiny little bit difficult to learn . There's a lot to cover so let's get into it !

it's a system that tracks changes to our project files over time. It enables us to record project changes and go back to a specific version of the tracked files, at any given point in time. This system can be used by many people to efficiently work together and collaborate on team projects, where each developer can have their own version of the project, distributed on their computer. Later on, these individual versions of the project can be merged and adapted into the main version of the project.

Basically, it's a massively popular tool for coordinating parallel work and managing projects among individuals and teams. Needless to say, knowing how to use Git is one of the most important skills for any developer nowadays - and it's definitely a great addition to your resume!

Yeah! , now that you have Git installed , tart your terminal and type the following command to verify that Git is ready to be used on your computer:

If everything went well, it should return the Git version that is installed on your computer.

🖥 If you are using a Mac or Linux machine, then you can utilize the default Bash terminal that comes pre-installed on your machine.

🖥 If you are using Windows, you can use its built-in Powershell terminal, or the Git Bash terminal which is bundled with the Git installation

In your terminal, run the following commands to identify yourself with Git:

Replace the values inside the quotes with your desired username and email address.

Note: This information is not used to login anywhere , This is only used to track who made what changes , So that username and email is just used to identify yourself

When working with Git, it's important to be familiar with the term repository. A Git repository is a container for a project that is tracked by Git.

We can single out two major types of Git repositories:

In this article, we'll only talk about local repositories.

Now that we know about repositories let's create one, To create a new repository and start tracking your project with Git, use your terminal software and navigate to the main folder of your project, then type the following command:

This command will generate a hidden .git directory for your project created by Git , it is where Git stores all internal tracking data for the current repository.

Now that we have initialized our repository , let's talk about git status . While located inside the project folder in our terminal, we can type the following command to check the status of our repository:

This is how you check the current status of your repository . This is a command that is very often used when working with Git. It shows us which files have been changed, which files are tracked, etc.

Committing is the process in which the changes are 'officially' added to the Git repository.

In Git, we can consider commits to be checkpoints, or snapshots of your project at its current state. In other words, we basically save the current version of our code in a commit. We can create as many commits as we need in the commit history, and we can go back and forth between commits to see the different revisions of our project code. That allows us to efficiently manage our progress and track the project as it gets developed.

Commits are usually created at logical points as we develop our project, usually after adding in specific contents, features or modifications (like new functionalities or bug fixes).

From the project folder, we can use the git add command to add our files to the staging area, which allows them to be tracked.

We can add a specific file to the staging area with the following command:

To add multiple files, we can do this:

Instead of having to add the files individually 😌, we can also add all the files inside the project folder to the staging area using the command:

By default, this adds all the files and folders inside the project folder to the staging area, from where they are ready to be committed and tracked.

A commit is a snapshot of our code at a particular time, which we are saving to the commit history of our repository. After adding all the files that we want to track to the staging area with the git add command, we are ready to make a commit.

To commit the files from the staging area, we use the following command:

Inside the quotes, we should write a commit message which is used to identify it in the commit history.

The commit message should be a descriptive summary of the changes that you are committing to the repository.

After executing that command, you will get the technical details about the commit printed in the terminal. And that's basically it, you have successfully made a commit in your project! 🎉🎉 .

Hurray we have just successfully made our first commit ! , now if we type git status we should see:

Before we can commit any changes in our code, we need decide which files or which changes we to place (add) in inside the staging area. and from the staging area we commit

To see all the commits that were made for our project, we use the following command:

The git log command will show details for each commit, like the author name, the generated hash for the commit, date and time of the commit, and the commit message that we provided.

Now lets say we made some changes to our code ( like added new functionalities or bug fixes e.t.c ) and for some reason our code breaks and stop functioning like it's suppose to 😔 .

That's Where Git come in handy and why developers love's it so much!! .

Now Replace <commit-hash> with the actual hash for the specific commit that you want to visit, which is listed with the git log command.

To go back to the latest commit (the newest version of our project code), you can type this command:

To ignore files that you don't want to be tracked or added to the staging area, you can create a file called .gitignore in your main project folder.

Inside of that file, you can list all the file and folder names that you definitely do not want to track (each ignored file and folder should go to a new line inside the .gitignore file).

You can read an article about ignoring files on this link.

A branch could be interpreted as an individual timeline of our project commits.

Think of it like in the flash when berry goes to different alternate timelines of his life ( past , present and future!) , all occurring separately at the same time 😉

With Git, we can create many of these alternative environments (i.e. we can create different branches) so other versions of our project code can exist and be tracked in parallel.

This Feature allows us to add new (experimental, unfinished, and potentially buggy) features in separate branches, without touching the main 'official' stable version of our project code (which is usually kept on the master branch).

When we initialize a repository and start making commits, they are saved to the master branch by default.

You can create a new branch using the following command:

The new branch that gets created will be the reference to the current state of your repository.

It's a good practice to create a development branch where you can work on improving your code, adding new experimental features, and similar. After development and testing these new features to make sure they don't have any bugs and that they can be used, you can merge them to the master branch.

To switch to a different branch, you use the git switch command:

With that, you can switch to a different isolated timeline of your project by changing branches.

For example, you could be working on different features in your code and have a separate branch for each feature. When you switch to a branch, you can commit code changes which only affect that particular branch. Then, you can switch to another branch to work on a different feature, which won't be affected by the changes and commits made from the previous branch.

To list all the branches for your project, use the command: git branch

To go back to the master branch, use this command:

Now this is the last piece of our puzzle

So how do we do that , It's easy . To merge the changes from a different branch into your current branch, you can use this command:

You would replace <branch-name> with the name of the branch that you want to integrate into your current branch.

To delete a branch, you can run the git branch command with the -d flag:

Read more about branching and merging on this link.

So that's it for this article , there's a ton more of Git we haven't talk about .

To learn more about Git, make sure to check the following resources 👇:

Give these resources a try an eventually it will click

As always thanks for giving it a read , give it a like 👍, Share it with others too , and if you still got any questions then drop them down in the comments . THANKS FOR READING! 💖 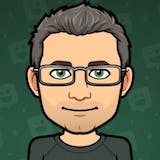 Very nice article! There is something you might want to adjust, at least for now: "git switch" doesn't work on my Ubuntu 18.04 machine, because it packages Git v2.17, and the switch sub-command wasn't introduced until Git v2.23. git-tower.com/learn/git/commands/git-switch. Even in the latest docs (git-scm.com/docs/git-switch), it is marked as an experimental feature. 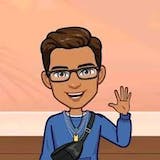